The world is at a critical juncture as the voice to mitigate climate change effects continues to grow louder with every passing day as green house gas emission levels continue to surge, thus warranting a collective effort to curb this development.

Climate change, in simple terms refers to changes in either regional or global climatic condition patterns over a period of time.The period from aroud the mid to late 20th century is such a period that has witnessed global temperatures continuing to rise.

There is currently a consensus among nations signatory to the Paris Agreement that global temperature rise must be kept at below 1,5 degrees celsius this century while carbon emissions which play a critical role in increasing the temperatures are anticipated to be reduced by half by 2030.
Since 1970, global average temperatures have been rising at a rate of 1,7 degrees celsius.

At the just ended G7 summit hosted by the United Kingdom, in Carbis Bay, Cornwall this weeek, the grouping consisting of some of the most industrialised nations on the globe (the UK, US, Canada, Japan, France, German and Italy) came up with a raft of proposals some of which have since caused a rift with those opposed, China in particular.

The proposals have the potential to cause disagreements between nations in the first world developed countries and the developing third world countries.
The chief proposal being a ban on the use of coal as an energy source unless those intending to do so include carbon capture and storage technology in their projects.

Such a ban would also lead to an end to G7’s funding of new coal generation in developing countries, and to that effect the bloc would offer approximately US$2,8 billion in ensuring the world moves away from coal energy use.

With a Rhodium group report availed in 2019 pointing to China as the top emitter of carbon dioxide gas accounting for 27 percent of the world’s total emissions, most of which emanates from fossil fuels and in particular coal burning , the G7 proposal has already been taken by China with a pinch of salt.

Soon after the announcement, the Asian giant quickly responded through a representative stationed at their London embassy expressing their disapproval of the proposal.

“the days when global decisions were dictated by a small group of countries are long gone. We always believe that countries, big or small, strong or weak, poor or rich, are equals, and that world affairs should be handled through consultations by all countries,” said the spokesperson.

If push comes to shove, one can argue that even were China to stop using coal energy, they are highly industrialised to turn to other forms of energy such as solar energy for example. As such, implications of the ban would not be felt.

However, Third world countries, mainly in Africa and Latin America, Zimbabwe included, are likely to find such a development taxing as they heavily rely on coal energy especially in major projects such as electricity generation.

According to the Deutsche Well, Africa is home to about 34 coal-fired power plants which produce approximately 53 gigawatts of electricity that cater for about a third of the continent’s electricity needs. More than half of those are housed in South Africa alone.

At such magnitude an investment in coal energy, the million dollar question would thus be; Is Africa ready to forgo coal energy use?The most likely answer would be “Not yet”.

African climatic conditions are generally favourable towards harnessing the sun’s solar energy as the summers are largely hot with temperatures sometimes soaring to as mch as 40 degrees celsius in most regions. Financing issues have however, continued to hamper efforts to fully harness solar energy benefits.

Other major forms of electricity generation such as Hydro power continue to face challenges due to the perennial droughts that Southern Africa has had to endure over the past couple of decades.

In Zimbabwe, for example, the Kariba Dam which is the major source of hydro power generation was, as at June 14, 2021 only 53,2 percent full up from 40,7 percent last year during the same comparative period according to statistics from the Zambezi River Authority.
This is regardless of the above normal rainfall that the country received in the just ended rainy season.

Africa’s likely trump card in defending its continued use of coal energy would therefore be the fact that the continent’s collective green house gas emissions as a percentage of the total global emissions is next to insignificant.

As noted by Stephen Karekezi, the chairman of Africa Energy Policy Research in Kenya, the continent’s one billion people contribute a mere 1 and 1,5 percent of global greenhouse emissions.

However, if the coal ban is subsequently implemented in earnest, it reamins to be seen wether the G7’s financial commitment towards assisting the developing nations transition away from unbated coal energy use will be met. – Business Times

This article was first published in the Business Times of July 1, 2021 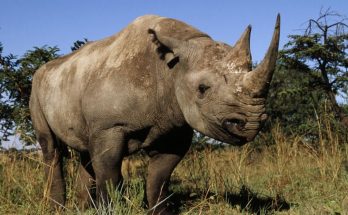 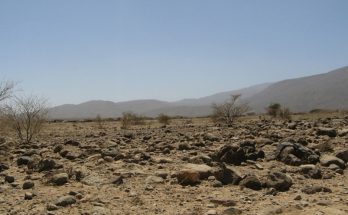 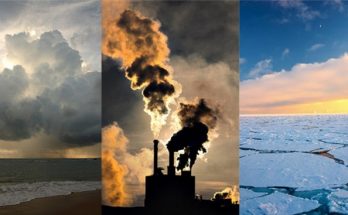