WORLD leaders and environmental experts have broadly welcomed a UN climate deal that for the first time targeted fossil fuels as the key driver of global warming, while some criticised the agreement for not going far enough.

While the agreement won applause for keeping alive the hope of capping global warming at 1.5C, many of the nearly 200 national delegations wished they had come away with more.

The two-week conference in Scotland also delivered a major win in resolving the rules around carbon markets, but it did little to assuage vulnerable countries’ concerns about long-promised climate financing from rich nations.

The “Glasgow climate pact” was adopted despite a last-minute intervention by India to water down language on “phasing out” coal to merely “phasing down”.

“We are becoming the voice of the developing countries,” he told Reuters, saying the pact had singled out coal but kept quiet about oil and natural gas.

“We made our effort to make a consensus that is reasonable for developing countries and reasonable for climate justice,” he said, alluding to the fact that rich nations historically have emitted the largest share of greenhouse gases.
US climate envoy John Kerry said governments had no choice but to accept India’s coal language change. “If we hadn’t done that we wouldn’t have had an agreement,” he said.

Chinese negotiator Zhao Yingmin said the biggest success of the summit was to “finalise the rulebook”.

“Now we can start implementing it and delivering it on our achieved consensus.”

Still, some poor countries were left frustrated at the pact, which they said did not address their concerns about “loss and damage”.

This refers to the destruction caused by extreme weather, which is now hitting vulnerable countries far harder and more frequently than had been predicted.

“This package is not perfect. The coal change and a weak outcome on loss and damage are blows,” said Tina Stege, climate envoy from the Marshall Islands. “Still, elements of the Glasgow package are a lifeline for my country. We must not discount the crucial wins covered in this package.”

Fiji’s prime minister, Frank Bainimarama, said the 1.5C target leaves Glasgow “battered, bruised, but alive”. The leader thanked Pacific negotiators for their “heroic effort” at Cop26 to secure a path away from coal and fossil fuel subsidies in the final deal.

“The compromise we’ve struck will only count if nations now deliver,” he said on Twitter.

The pledges on emissions cuts made at the two-week Cop26 summit in Glasgow fell well short of those required to limit temperatures to 1.5C, according to scientific advice.

Instead, all countries have agreed to return to the negotiating table next year, at a conference in Egypt, and re-examine their national plans with a view to increasing their ambition on cuts.

Alok Sharma, the UK cabinet minister who presided over the fortnight-long Cop26 talks in Glasgow, acknowledged the scale of the task remaining: “We can now say with credibility that we have kept 1.5C alive. But, its pulse is weak and it will only survive if we keep our promises and translate commitments into rapid action.”

Aminath Shauna, the Maldives’ minister for environment, climate change and technology, pointed out that to stay within the warming limit nations agreed in Paris, the world must cut carbon dioxide emissions essentially in half in 98 months – a formidable task.

“The difference between 1.5 and 2 degrees is a death sentence for us,” she said.

The return to negotiations next year, to begin an annual process of revising national targets on greenhouse gases, will be a fraught process, as some countries contend that they are already doing their utmost.

Even the small step of agreeing to revise the plans was only achieved after overcoming stiff opposition, yet revision is essential if the world is to avoid surpassing the 1.5C threshold.

One of the fiercest disagreements in the final hours was over the wording of an intention to abandon coal, which was watered down from a “phase-out” to a “phase-down”. Yet it marked the first time that such a resolution had been made under the UN climate process.

Jennifer Morgan, executive director of Greenpeace International, said: “It’s meek, it’s weak and the 1.5C goal is only just alive, but a signal has been sent that the era of coal is ending. And that matters.”

Current climate finance, which is provided to countries to help them invest in green technology and other emissions-cutting efforts, and to adapt to the impacts of the climate crisis, is already falling short of promises, and even if fulfilled would be insufficient to cover these heavy losses and humanitarian disasters. By 2050, these hits could amount to a fifth of GDP for some poor countries, according to estimates from the charity Christian Aid.

But rich nations have been reluctant to agree any mechanism for providing funding for loss and damage, in part because some of the debate has been framed in terms of “compensation”, which rich countries cannot countenance.

Many observers called on countries to step up their efforts in the next year. Mary Robinson, former UN commissioner for human rights and chair of The Elders group of leaders and former statespeople, said: “Cop26 has made some progress, but nowhere near enough to avoid climate disaster.

While millions around the world are already in crisis, not enough leaders came to Glasgow with a crisis mindset. People will see this as a historically shameful dereliction of duty. Leaders have extended by a year this window of opportunity to avert the worst of the climate crisis. The world urgently needs them to step up more decisively next year.”

Mohamed Adow, director of the Nairobi-based thinktank Power Shift Africa, said: “The needs of the world’s vulnerable people have been sacrificed on the altar of the rich world’s selfishness. The outcome here reflects a Cop held in the rich world and the outcome contains the priorities of the rich world.”

Many poor nations accepted defeat on their pleas to put stronger provisions on loss and damage into the text, in the closing hours of the conference, in order to allow the broader deal to go through.

Making the concession, Lia Nicholson, lead negotiator for Antigua and Barbuda, which chairs the 37-strong Alliance of Small Island States, said: “We are extremely disappointed and we will express our grievance in due course.”

Adow added: “We are leaving empty-handed but morally stronger, and hopeful that we can sustain the momentum in the coming year to deliver meaningful support which will allow the vulnerable to deal with the irreversible impacts of climate change, created by the polluting world, who are failing to take responsibility.”

The Cop also resolved several outstanding technical issues that had prevented aspects of the 2015 Paris climate agreement from coming into operation.

These issues, on carbon trading and the “transparency” with which countries monitor and report their emissions, have dogged the annual climate meetings for six years but compromises were finally reached, which earned applause for Sharma.

Patricia Espinosa, executive secretary of the UN Framework Convention on Climate Change, said: “After six years, this is a significant accomplishment.” – The Guardian 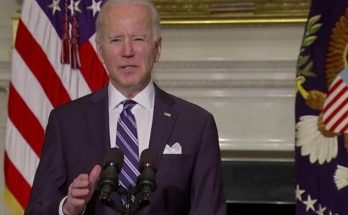 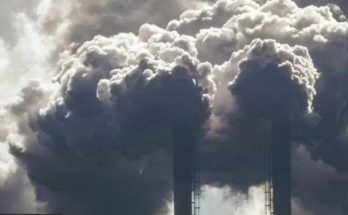 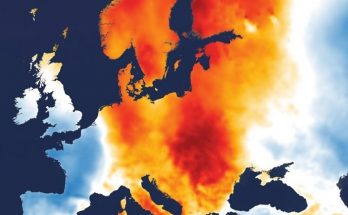